The Journey Of the Book Continues Today 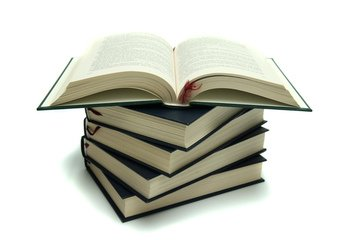 Today’s generation is growing up during the e-book revolution. Members of Generation Z see a book as being content that comes in many forms, from audio and e-book to POD or mass printed books. They may not be focused on how a book arrives to them, whether by download, mail, or in person. They many not care whether it was published by a big five house when it comes to a book’s format and origination. So much diversity and change has hit book publishers this century and yet it should not surprise us. The book has been evolving for thousands of years.

I recently enjoyed reading Book: My Autobiography, by John Agard. It is a wonderful treat – and a breezy read of 130 small-sized, big-type pages. It retells the history of how books came to be, and in the process reveals just how beautiful, powerful, and desired books are.

Books date4 back to when writing began. We don’t know all of the details surrounding the origin of books, but we do know that writing began at least five thousand years ago, with the Sumerians of ancient Mesopotania, now modern Iraq.

Cave drawings or Egyptian hieroglyphics tell early stories of humanity. But what came before them? Perhaps whatever was just did not survive war, natural disaster, accidents, or the test of time – but that does not deny they could have existed.

Clay tablets, bark, ivory, or bone were some of the receptacles for carved images and words.

There were over 2,000 hieroglyphic characters. However, whereas Egyptians used pictures to stand for things, events, or ideas, the Phoenicians used pictures only to stand for the actual sounds of spoken language. The Phoenician language only used consonants, but the ancient Greeks soon developed its own alphabet. Today’s English uses letters inherited from the Romans.

Things really took off once the Egyptians figured out how to make paper to write on from a papyrus plant. The word paper comes from the word papyrus.

At some point, a king was hoarding large quantities of papyrus so others were forced to find an alternative. Sheepskin became the new papyrus. But it would take up to 200 sheep to produce one Bible.

When parchment became popular, books came when people write with quill pens and copied materials onto a scroll. Books did not yet circulate to the masses, who were illiterate. Only royalty, universities, churches, and governments had access to these scrolls.

The book, as we know it today, in its Codex form (a binding holding pages that turn), came about when leather thongs or strips of wood were used as a spine. Writing now took place on both sides of parchment. But book production was very, very slow.

The Chinese developed paper around two millennia ago. Asians developed a process of creating block printing. They’d take wood blocks with words on them and print. But once a German goldsmith named Johannes Gutenberg developed movable type in the middle of the 15th century, books were allowed to be printed faster and in mass. He found a way to use metal type and to switch out the letters with ease.

As a result, books become cheaper and affordable. No longer were they the domain of the rich or elite. New books could enter the minds, imaginations, and souls of anyone. The power of the printing press went global and exploded on to the scene.

But books didn’t stop getting better with Gutenberg’s marvelous invention. More improvements would come, including a way for steam to power the new printing press invented in 1814 by Friedrich Koenig, another German.

Later, American Richard Hoe would create the rotary press. More improvements would come to bindings, paper quality, and ink. Eventually the next phase in book production was to move it off paper and into the digital world.

Books remain the great influencer, recorder, and sharer of facts, history, ideas, and the imagination. I don’t know where we would be without books and don’t want to imagine a future where they disappear or greatly dissipate in their importance.

Books house memories, heal our souls, nurture our minds, and inspires us to achieve, think and desire. They inform, enlighten, motivate, and educate us. Books also entertain and distract, and help us see things differently. They can reflect what is, store up what was, provide a blueprint for what could be, or accurately predict what will soon be. A book represents a person, sometimes an entire world. Open one up and enter a new dimension.

Why Writers Need A Day Of Judgement

Is Today A New Year For Authors?

Authors Need to Know Why They Write

How Can Authors Master Zoom?

Here’s How We Protect Free Speech On Social Media

Brian Feinblum, the founder of BookMarketingBuzzBlog, can be reached at  brianfeinblum@gmail.com.  His insightful views, provocative opinions, and interesting ideas expressed in this terrific blog are the product of his genius. You can – and should -- follow him on Twitter @theprexpert. He feels much more important when discussed in the third-person. This is copyrighted by BookMarketingBuzzBlog ©2020. Born and raised in Brooklyn, he now resides in Westchester. His writings are often featured in The Writer and IBPA’s The Independent.  This was named one of the best book marketing blogs by BookBaby http://blog.bookbaby.com/2013/09/the-best-book-marketing-blogs and recognized by Feedspot in 2018 as one of the top book marketing blogs. Also named by WinningWriters.com as a "best resource.” He recently hosted a panel on book publicity for Book Expo.

Posted by BookMarketingBuzzBlog at 3:02 PM