Are You In A Free-Speech Cancel Mob? 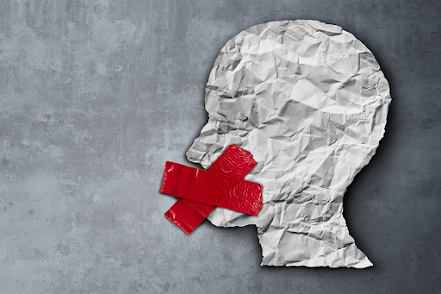 I have been meaning to pen a new blog post about censorship and the cancel culture for a number of months, but I find myself so angry and saddened by the art, entertainment, and literary holocaust taking place that it has been challenging to put into words how I feel. But maybe it comes down to one word: Stop!

Stop deleting books, films, television shows, and museum displays simply because someone has an issue with it or its creator. Just because you disagree with an idea, a lifestyle, a political view, or a person, does that mean we should toss the First Amendment?

Something makes you uncomfortable or someone’s values or experiences offend you. So? Look away. Or better yet, actually look deeper — at it and into your moral compass. Your knee-jerk reaction to ban, censor, destroy, or ostracize what you disagree with or don’t understand is a weak move. Show some tolerance, acceptance, and appreciation for free speech.

It is ok, the world won’t end if you allow people to read a book written by an alleged misogynist, see a movie directed by an accused pedophile, look at a statue of a slave-owning Founding Father, or read a tweet that expresses an opposing political opinion. When did America become an Orwellian police force? Our greatest threats to free expression come not from a tyrannical government but our near-monopolistic corporate powerhouses in Hollywood, Silicon Valley, and book publishing. And from our cancel mob mentality.

It used to be just the religious right that threatened free speech. And they still do — opposing anything that challenges faith or conservative principles in books, art, or the schools. But the true threat is from the far left, the well-intentioned but misdirected, truth-avoiding progressives who fear allowing opposing viewpoints to be expressed. They confuse words for actions, fiction for reality, opinion for fact. They run from a fight, instead, seeking to rewrite history and abolish all opposing views on any topic. They can’t separate the art from an artist, or politics from entertainment. They live in a world of black and white extremes. They don’t know what the middle looks like. There is no spectrum of thought — just their way or no way.

We see a long list of troubling actions in the book publishing world — published books yanked off the shelves; contracted books simply squashed from production; and book retailers banning the sale of certain books.

Here are a few examples from the past few months:

**WW Norton dumps its NYT best-selling book, Philip Roth, simply because allegations of sexual harassment and assault about author Blake Bailey surfaced. Allegations. No convictions. No arrests. No lawsuit decisions. I couldn’t care if he is guilty and goes to jail. The author’s personal life is separate from the content of the book.

**Senator Josh Hawley’s The Tyranny of Big Tech was ironically cancelled by Simon & Schuster, proving his point on free speech is controlled by a handful. Hawley’s conspiracy rhetoric contributed to the Capitol riot to overturn the presidential election. He is a poster boy for right-wing cancer, but his views should be shared and debated. May sanity and truth prevail.

**Woody Allen’s Apropos of Nothing was dumped by Hachette Book Group. Woody has been accused for over 25 years of sexually abusing kids he raised with Mia Farrow. He ended up marrying her adopted daughter. He is a sick fuck. Love his movies.

**Amazon banned books that clarify LGBTQ as a mental illness. I am repulsed by the author’s unfounded view; more repulsed at Amazon’s manipulations.

**Some Dr. Seuss books stopped getting published and sold because some illustrations did not meet the standards of the PC police.

These incidents of cancellation are disgusting and not isolated to publishing.

**Beloved cartoon characters like Pepe Le Pew are no longer being featured in Warner Brothers movies. He likes the ladies a little too much. Gone.

**Classics like Dumbo, Peter Pan, and The Aristocrats will no longer be available on Disney+ to young children. Oh geeze!

**A St. John’s University professor got fired for quoting “niggar” from Mark Twain’s book, Pudd’nhead Wilson, which is an awesome book about racism.

**Toy giant Mattel is banning hundreds of words from its UK Scrabble game. Words like boobies and arses might vanish. What the fuck?

**NYC’s huge Gay Pride Parade voted to ban a group of LGBTQ police officers from marching with them. How inclusive is that?

One after the other, TV series and movies, some quite popular and award-winners, are being edited, shelved, or saddled with warning signs when aired. What the hell is going on?

We are a fragile, guilt-ridden, close-minded, stunted society that thinks it can ban, alter, and limit any creative product to bend to the raging political beliefs of the moment. Too many morons want to eliminate words, closet history, warehouse opposing views, and shun anyone who challenges their gospel.

As NYT columnist Bret Stephens says of the woke class: “No transgression is too trivial to invite a moralizing rebuke.”

Books shouldn’t get pulled because the author is any or all of these: a jerk, racist, sexist, Communist, homophobic, rapist, crook, killer, pedophile, or anything anyone else finds to be reprehensible. Grow up. Toughen up. Be open to debating the merits of a message without debating the ethical or legal ledger of the messenger.

There could also be invisible pressures and unwritten rules circulating in publishing circles, where acquisition editors, literary agents, or book publishers simply shun certain types of people and viewpoints. The public never knows of this secret filter or standard that sabotages publishing behind the scenes.  Certain types of books just never see the light of day, snuffed out at conception, aborted without further thought or fanfare. They have been blacklisted.

We are amidst a close-minded era that surpasses the suppression, fear, and vengeance employed during 1950s McCarthyism. The witch hunt has just begun. The Red Scare has been replaced by reverse racism and sexism. The minority voice exceeds that of the majority. Hope of equality coming about are erased by Napoleonic tyrants being birthed with the help of people who will soon be eliminated by their very creations. We want fairness, justice, equality -- but the cancel culture is as ignorant, prejudiced, and misguided as those it seeks to erase.

Are you a part of the solution — or are you the problem?

The Etiquette Show, a cable access television show that airs on MNN in New York City, just featured me for nearly 14 minutes. Would you like to see me in my man cave interviewed by a woman in her attic, dishing on what I love about marketing authors since 1989? Check out the clip below – skip the ads and start at 24:30 on the time counter.

Catch Up With These Posts

Authors: Is Your Elevator Speech Taking You To The Penthouse – Or The Basement?

Boring Headlines Kill Books – Are You A Killer?

What’s The Secret To Marketing Your Book?

Are Writers Heroes, Even The Unpopular or Unpublished?

Why Authors Must Give It Away To Sell Books

Posted by BookMarketingBuzzBlog at 5:49 AM