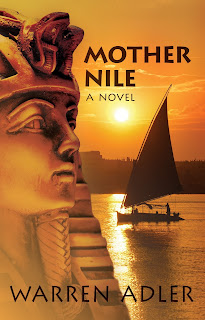 Warren Adler is the author of over 50 published books, including several that were turned into movies. His most notable work is War of the Roses, which became a hit movie and is soon to be adapted as a Broadway play. I had the pleasure of representing Mr. Adler, promoting him to the news media several years ago. Below is an interview with the talented novelist.
1. What inspired you to pen your latest novel, Mother Nile?
I befriended a prominent Egyptian journalist who I invited to a Seder in my home when I lived in Washington, D.C. As you know, the Seder is about freeing the Jews from slavery in Egypt. It does not treat ancient Egypt kindly to say the least. Nevertheless, I was charmed by this journalist who suggested I come to Egypt. While doing my usual research about that country, I suddenly found myself interested in its recent stormy history when it was presided over by the corrupt King Farouk. A story idea grew in my brain and soon I found myself concocting a scenario based on that historical period. I visited all of the places mentioned in the book, which is getting spectacular and astonishing reviews.

2. What is Mother Nile about?
'Mother Nile' is the story of Si, the American-born son of an Irish father and Egyptian mother, who goes on a journey through the winding streets of the City of the Dead to solve a half-century-old mystery. When his mother makes an urgent plea on her deathbed, Si knows that he must make the journey to Egypt to find out the truth about his long-lost half-sister, conceived during his mother's affair with King Farouk. Hunted by those who would do anything to keep the past in the past, Si finds help from a young woman who captures his heart. He leaves the City of the Dead a changed man.

3. What was challenging or rewarding about the research and writing effort that went into this book?
I fell in love with Egypt and its near contemporary history. Ancient Egypt is one of the wonders of the world. Besides, I really enjoy doing on- site research for my books of historical fiction and this one is no exception. I try to concoct a story that is chock full of thrilling suspense and keep the reader turning the page. Apparently those who have reviewed it and given it five stars believe I accomplished my goal.

4. How does it compare to some of your dozens of earlier works?
I am not a good judge of comparisons. My books are like my children. I love them all. I don’t pay any attention to the strict rules of genre and as a pioneer in digital publishing I have the freedom to write what I am inspired to write and publish at my own pace. It has been a great and satisfying adventure and although the odds against discovery are fraught with obstacles I am ecstatic that I took this step after publishing 27 books with legacy publishers. Since pioneering digital publishing I have written an equal number of books, including a number of short story collections. I have well over four hundred thousand followers and, despite the odds I am making astounding breakthroughs and building a vast audience. I have sold or optioned more than a dozen books to film and television with three made including the unbelievably successful ‘The War of the Roses.’ At this stage in my career, I have given the rights to my fifty odd titles to Grey Eagle Productions, run by my son Jonathan Robert Adler. He has developed a slate of numerous adaptations to film and television and I expect this to enhance the readership of my novels and short stories many fold; long after I leave this planet.

5. How are you marketing yourself as an author?
I have had the good fortune to build a talented staff of young professionals who understand the complexities and realities of today’s publishing trends, with particular emphasis on digital marketing. It has taken me two decades and a major investment to accomplish my legacy dreams and I am beginning to see the seeds of that effort start to sprout. It is not for the faint of heart. It takes a strong belief in the value of my art and a determination to provide an authorial legacy beyond my lifetime, which is my ultimate goal.

6. What advice do you have for today’s struggling writer?
Face the reality of today’s publishing world. A writer has one goal in mind, being discovered by a vastly changing reading audience. How this is done requires strategic thinking, understanding his or her readership target, and using the technological avenues that are now vast and expanding. He or she will have to participate in the marketing plan since publishers today do not do much marketing for “struggling writers”.

7. Is there anything you would have done differently if you started writing today – and not so many years ago?
This is too hypothetical to give a suitable answer. My need to write is so obsessive and overwhelming that I’m content to do what I am doing especially since the ideas are still flowing. Besides, I never look back or second guess myself. My art is central to my life. Besides, contemporary fame and fortune is not my goal these days. It comes and goes with the speed of light. My real goal now is endurance, a dream that I will never to live to see fully realized, although I believe in my soul that it will happen.

8. What changes do you anticipate for book publishing or the book marketplace?
So far my predictions have come to pass. Shrinking book stores which means diminished shelf space, more digitalization of books, expanding worldwide readers especially in developing countries, much more audio activity, expanding adaptations to visual media, more and more fractional reviewers, fewer literary reviewers, more genre reviewers, especially in the romance field, which will continue to dominate, self-generated authorial promotions and marketing, an ever-expanding and often too crowded and less effective method, more technological surprises ahead, perhaps a type of Alexa audio method of consuming stories. What will always be in demand is talent that creates originality, conveys great truths and keeps alive the literary tradition...hopefully. Storytelling is the way we communicate our world to others. 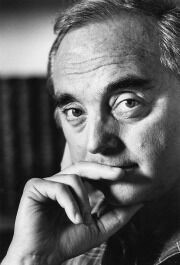 DON”T MISS THESE!!!
A Ruling In Favor Of A People’s Court For Book Publishing Industry
http://bookmarketingbuzzblog.blogspot.com/2017/03/ruling-in-favor-of-peoples-court-for.html

Does Book Industry Need Its Own Snap Chat IPO?
http://bookmarketingbuzzblog.blogspot.com/2017/03/book-industry-needs-its-own-snap-ipo.html

When Our Dictionaries Make Us Dumber
http://bookmarketingbuzzblog.blogspot.com/2017/03/when-dictionaries-make-us-dumber.html

Will YouTube Actually Save Or Kill All Books?
http://bookmarketingbuzzblog.blogspot.com/2017/03/will-youtube-save-or-kill-books.html

2017 Book Publicity & Marketing Toolkit For Writers Of All Genres
http://bookmarketingbuzzblog.blogspot.com/2016/11/2017-all-new-book-marketing-book-pr.html

How To Craft Press Releases That Net Your Book Media Exposure
http://bookmarketingbuzzblog.blogspot.com/2017/01/how-to-craft-press-releases-that-net.html

The right book marketing strategy for you
http://bookmarketingbuzzblog.blogspot.com/2017/01/the-right-book-marketing-strategy.html

Brian Feinblum’s views, opinions, and ideas expressed in this blog are his alone and not that of his employer. You can follow him on Twitter @theprexpert and email him at brianfeinblum@gmail.com. He feels more important when discussed in the third-person. This is copyrighted by BookMarketingBuzzBlog 2017©. Born and raised in Brooklyn, now resides in Westchester. Named one of the best book marketing blogs by Book Baby http://blog.bookbaby.com/2013/09/the-best-book-marketing-blogs

Posted by BookMarketingBuzzBlog at 1:00 PM