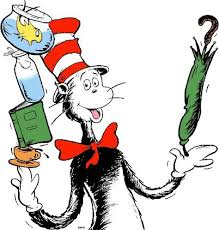 The Dr. Seuss bombshell this week really boils my blood. It is the best example of the worst PC idea to date. It will either be the moment that proves so incendiary that the nation fights back against the crazed cancel culture — or it will be the exact time and place that emboldens the dictatorial, anti-American, PC terrorists.

In case you live under a rock — and I suspect half of the nation does, which allows for bad things like this to happen without question or challenge — the issue at hand is the most successful and beloved children’s book author, he of 600 million books sold to three or four generations of children, is under attack, declared public enemy to the point some libraries, schools, booksellers, and parents are turning their backs on his beautiful, inspiring, creative, educational, and witty books.

The estate of Dr. Seuss, responding to pressure (wussies) from outside groups who live to torment everyone if they dare not conform to their unreasonable, destructive, and uncompromising standards, announced it would no longer publish six books — 10% of his catalog — and indicated it may snuff out other titles in the dark future.

E-bay banned the sale of some Dr. Seuss books because it alleges they violate its public decency standards. They are treating Dr. Seuss sellers like someone who is trying to sell state secrets, cocaine, or stolen crime photos and the weapon of a mass murderer.

Will someone be injured by reading Cat in the Hat? Is he really a public threat?

For shame. Oh my God. Has everyone gone mad?

The nation is upside down, turning into a 24/7 episode of The Twilight Zone. The Politically Correct evangelists have gone from seeking legitimate reforms on issues of race, gender, and class equality to suggesting extreme, outrageous, and proposals of cultural suicide. What is to be done about it?

When I was in high school in the early 80’s, I recall reading George Orwell’s 1984 and made a silent oath to never let our government impinge on free speech. It turns out the federal government has done little, if anything, to suppress art, free speech, and theater. But I can’t say the same of corporate behemoths, particularly the all-powerful technology companies.

Whereas in the 1950s the nation was subjected to McCarthyism and a Red Scare witch hunt for Communists that stifled free speech and damaged the careers of untold numbers, you now have a self-appointed culture police that will, with little provocation or reason, turn a vicious laser onto our books, films, and art — and use guilt, fear, and ignorance to convince the disagreeing masses to buy in or at least tolerate this extremism.

America has been bullied for decades — and there is no end in sight.

In the 1980s we saw the cultural threat from the right with the nutty Moral Majority’s attempt to tell us art should not showcase women’s tits (or call ‘em breasts, hey, free speech) or a Black person kissing a white one. They wanted to knock us back to the Puritan era. They would tell us which TV show to boycott and which book to ban. Now the greatest threat comes from a far left that is no longer so far. Their orthodoxy is going mainstream, even though the vast majority feels this is insane.
So how is it that the overwhelming majority of the nation allows for its own persecution to prevail?
Guilt.
“Well we should do something about racism.”
Fear.
“I can’t speak up without people attacking me.”
Laziness.
“Let someone else fight against the PC morons.
Ignorance.
“I didn’t know they removed that movie, show, or book from circulation.”
Money.
“Our company makes more money when we look PC — even if we don’t believe in it.”
When good people do nothing, bad ideas flourish.
Of course, let’s look at the other side of this lose-lose reality. If we keep things as is, the nation suffers from a certain level of racism, whether in policing, education, and employment or culture, consumerism, and entertainment.
So, we must acknowledge some level of change is needed. Laws get made or changed. New businesses arise. Nonprofits fill a void. People become enlightened and exposed to a multicultural world. But how far do we go?
Defund the police? Stupid. More training or supportive services are needed, not less.
Reparations? Blacks have more opportunities to succeed than ever before. Some money from the government won’t address systemic problems.
Cancel all art, books, film, and TV from other eras? We should not censor or ban such things, No, we educate and encourage the creation of new works that supplement the void left purposefully or unintentionally by the standards of other times.
There is some good news amidst the raging lunacy. Americans are showing their support for Dr. Seuss by snatching up copies of his books. Barnes and Noble said 18 of 20 slots on its bestseller list are filled by Dr. Seuss. Amazon said the same for 9 of its top 10 slots. The people of our nation understand what is at stake, but more must be done.

In fact, the overwhelming outpouring at the cash register could backfire on those who are anti-PC. Because people spent millions in mass buys, Dr. Seuss’ publisher actually made money by making its product scarcer. So in a bizarre way, banning books created more sales, so the dictators profit from their despicable actions. But if we don’t buy the books, we show a lack of belief in them. Even protesting the lunatics can cost us.

So what do we do?
First, acknowledge racism and other isms still exist. Don’t just dismiss people by saying everything is fine.
Second, acknowledge progress has been made in these areas. We are better than 1971, 1921, 1881. Acknowledge things are much better.
Third, keep pushing to make the world better — no isms, bullying, or mistreatment of others. Love one another and see everyone as equal.
Fourth, fight back against absurd, extreme thought-police tactics that seek to dictate what we can consume mediawise. Let free speech flourish. Let existing books and art and film live free. The enemy is not Dr. Seuss or Mr. Potato Head or The Muppets. Stop the mind control.

Fifth, Vote! Support those who support free speech and not revisionists who think Dr. Seuss has to be closeted.
Sixth, Protest! Speak up, show up, and stand up.
Seventh, Petition! Write leaders in government, technology, education, and non-profits and tell them they must not take misguided actions.
Eighth, Profit! Find ways to make anti-censorship movement/products a profitable business. Answer fascism with capitalism.
Ninth, Nonprofit! Form your own — or align with a —  nonprofit that advocates against the abuses of the PC dictators. Just like NAACP jumps on racism, NOW on sexism, and ADL on anti-Semitism, we need to move against the anti-American, free-speech stunters.
Tenth, Educate! Parents, teachers, and leaders must use their power and intellect to teach that books like those of Dr. Seuss are still wonderful and that bully tactics to ban them are misguided.
Further, teach about racism in a constructive way. When you have to scrape at the bottom and try to convince a nation to turn its back on Things One, Two, and Three you lose people who are still needed to make real changes and to support initiatives and practices that actually impact society and make a noticeable difference.

Our gang colors hurt us. We have the reds and the blues, a nation torn by a political divide that is so deep it forces people to side on an issue that they don’t really support.
For instance, I may be a Democrat because I like most of what they stand for: programs to help the poor; support for those who are different; support for the arts. Someone could be a Republican for their support in the military, religion, smaller government, and smaller taxes.
But now I am an unhappy Democrat when BLM protests go from peaceful to looting riots. I want police reforms, not police reductions. I want Black voter rights protected, but I don’t want my support against racism turned on me to the point I am villainized for reading a Dr. Seuss book.
I still align more as a D than an R, but I don’t want that support taken for granted or abused.
And many Republicans are unhappy that the party under Trump abandoned fiscal responsibility. Further, many don’t want the party co-opted by White supremacists and domestic terrorists, but Trump brought them into the fold and legitimized them. I am sure millions of Republicans want to move away from the conspiracy nuts that now plague the party — but where is such a R to go?
So the PC wars are ugly and so is politics. We all have long lists of what is wrong, but a much shorter list of solutions.
America’s democracy is fragile, its freedoms under attack. Let’s all agree to set some reasonable limits in our approach to instill productive change on the isms. Start with drawing a red line around books. I don’t care if you want to cure cancer and bring us world peace. Your solution will not work if it means Dr. Seuss books need to disappear.
Let the foundation of truth and your beliefs be based on one principle that we should agree on: Fight censorship, bans, and boycotts of our cultural arts. No good fruit shall grow on a tree planted in bad soil.

Authors Have Many Reasons To Give Up – But They Shouldn’t

Why Authors Don’t Get What They Want

Writers Need To Be Nurtured, From Teens to Octogenarians

How Can Authors Market More Efficiently?

Authors Need to Know Why They Write Books

Brian Feinblum, the founder of BookMarketingBuzzBlog, can be reached at  brianfeinblum@gmail.com.  You can – and should -- follow him on Twitter @theprexpert. This is copyrighted by BookMarketingBuzzBlog ©2021. Born and raised in Brooklyn, he now resides in Westchester with his wife, two kids, and Ferris, a black lab rescue dog. His writings are often featured in The Writer and IBPA’s The Independent.  This was named one of the best book marketing blogs by BookBaby  http://blog.bookbaby.com/2013/09/the-best-book-marketing-blogs and recognized by Feedspot in 2018 as one of the top book marketing blogs. Also named by WinningWriters.com as a "best resource.” He recently hosted a panel on book publicity for Book Expo America. For more information, please consult: linkedin.com/in/brianfeinblum.

Posted by BookMarketingBuzzBlog at 8:23 AM