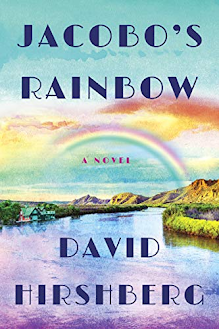 1.      What motivated you to write your book, to force you from taking an idea or experience and turning it into a book?

I’ve been struck by the observation that not much of today’s literary fiction deals with the American Jewish experience. There’s much being written about the Holocaust, and Israeli fiction written in Hebrew has become extraordinarily good, but less and less fiction is now written about what it’s like to be (and have been) a Jew in America. There are many good books that include American Jewish characters and scenes, but fewer where the focus is on Jewish identity. And certainly there is not as much where this takes center stage as in prior times when the raison d’être of a particular novel was centered on how Jews are interwoven into the fabric of America. I wanted to enter this arena to see if I could make a contribution.

While writing about the American Jewish experience is specific, my books contain stories and themes that relate to the immigrant experience in general, so like the old TV commercial that says “You don’t have to be Jewish to enjoy Levy’s real Jewish Rye,” you don’t have to be Jewish to identify with the immigrant experience of many groups. My first book, for example, My Mother’s Son, takes place mostly in Boston in 1952 and is filled with Irish, Italian, and Polish Catholics, all scrambling to rise through the muck to be accepted simply as Americans.

During that pivotal year, the Korean War was raging, there was a major polio epidemic, a young, Catholic Irish congressman (John Kennedy) was running for the senate against an entrenched WASP (Henry Cabot Lodge), the sports world was being turned upside down with the move of a baseball franchise out of the city (the Braves), and there were many shenanigans going on in the business world.

My novels are metaphors for what’s going on in America today. I purposefully set my books in earlier times so as to provide some distance from the current ‘talking heads’ climate that instantly categorizes and analyzes events from a narrow, partisan perspective.

Jacobo’s Rainbow—coming out in May—is another historical literary novel; this one is set primarily in New Mexico in the 1960s during the convulsive period of the student protest movements and the Vietnam War. It’s a story of triumph over adversity—hypocrisy, loss, lies, murder, concealment, and prejudice. It focuses on the issue of being an outsider—the ‘other’—an altogether common circumstance that resonates with readers in today’s America. Written from a Jewish perspective, it speaks to universal truths that affect us all. I can’t mention most of the plot because there are many twists and turns that need to remain hidden until revealed to the reader.

However, I can let you know what one reviewer said that will give your readers more insight without lifting the cloak on the secrets. Debbie Wohl-Isard, the Editor of La Granada wrote, “David Hirshberg propels the reader into the mix of the turbulent nineteen sixties, as if this novel was constructed from personal conversations between the characters and the author. They are all agents and witnesses of their times with intersecting ethnicities, religions, races, genders, languages, and ages. Characters in this captivating narrative hide, discover, and reveal their true inner selves as they interact with events and each other. This is a saga that drops bread crumbs for the discerning eye and gratifies the reader who recognizes them and revels in the aha moments when the pieces come together. Hirshberg is immensely skilled at conjuring plausible events that serve the narrative. He captures the essence of anti-Semitism experienced by Jews of different hues and origins. The author represents with imagined accuracy the experiences of young men and women caught up in the Free Speech movement and in the jungles of Vietnam.”

3.      What do you hope the reader will be left with after reading it?

For those ‘of a certain age,’ it should bring back memories of what it was like to have lived through or been a participant in the Free Speech Movement, the Freedom Summer, and the Vietnam War (‘The Sixties’). It should be apparent that the French phrase, “Plus ça change, plus c'est la même chose” (“The more it changes, the more it’s the same thing”) is so relevant today. While some people believe everything in our current political and cultural universe is new, we need to be reminded that although the specific historical events may change, the takeaways are oftentimes the same.

For those who didn’t grow up in that era, the book should serve as a metaphor for what’s happening on college campuses today, in terms of the shutting down of speech and the rise of anti-Semitism, as well as what life is like for the ‘outsider.’ And while I wrote about the gruesome fighting in Vietnam, I wanted those readers who are seemingly disconnected from the far away battlefields of Afghanistan, Syria, and certain African countries where American service personnel are stationed today to understand the impact of some of the least glamorous parts of war. As a friend once told me who served overseas, “We can’t let all the medals, ribbons, flag decals and tributes obscure the huge cost of wars that aren’t backed by the vast majority of the American people.” By “cost,” he was referring to the deaths and injuries (physical and mental) that don’t make it to the headlines of the print and Internet news channels.

And for everyone regardless of age, I’d like to have them say that they learned something (even though this and my other books are novels, they are loosely based on real events and circumstances) that they can talk about with others in a way that gives them insight into the American experience through the eyes of the American Jewish experience.

4.      What advice or words of wisdom do you have for fellow writers?

It’s presumptuous of me to give specific advice to others. What I would (and do) say to those who are thinking about writing a novel is that while it may be relatively easy to crank out thousands of words, it’s very difficult to write a novel with beautiful language, good character development, a driving narrative, and a genuine conclusion. It’s hard work. And an author needs to be able to request constructive criticism from those skilled in the art, and then to be able to undertake what might be a near total rewrite. Good authors need to have humility and an excellent editor who is not intimidated to give what may be considered unwelcome advice.

5.      What trends in the book world do you see—and where do you think the book publishing industry is heading?

The most obvious trends include a greater interest in e- and audiobooks. I don’t think that’s going to abate. What’s a little under the radar is that fewer large publishers are willing to give new writers a chance, as they concentrate on the ‘blockbusters,’ frequently non-fiction books written by politicians and celebrities. And when they do take on an emerging fiction writer, for the most part, they give little promotion beyond a few weeks or a month after the launch. As a result, one sees more self-publishing which has been augmented by more web-based distribution channels. We’re still in a shake-out period between what the industry looked like pre-2000 and where it might end up in 10 or 20 years. What I’m hoping to see are new business models emerge that we can’t even envision today, much like in 1990, we could never have imagined anything like Amazon and the impact of the Internet.

6.      What challenges did you overcome to write this book?

I didn’t participate in the Free Speech Movement, didn’t go to Mississippi during the Freedom Summer, wasn’t in the military in Vietnam, never lived in New Mexico, don’t speak Spanish or the other languages used in the book, and never competed in crew. In addition, I haven’t had any association with people who are similar to the different kinds of main characters. So in one sense, it was a challenge to write about things that weren’t part of my life, but this gets to the heart of fiction writing, where one’s imagination takes center stage.

It was the same with regard to My Mother’s Son, as well as with my third novel likely to be published in 2022—A Stone’s Throw—an historical literary novel set in the 1950s in The Bronx and Upper Manhattan. It's a modern retelling of the Jacob and Esau story from Genesis. I’ve never lived in New York City and although I’m getting up in years, I have to confess that I don’t count Isaac’s sons as contemporaries.

7. If people can buy or read one book this week or month, why should it be yours?

Although I’m very proud of Jacobo’s Rainbow, I think it’s best if this question is answered by some of the reviewers:

“Jacobo’s Rainbow is a powerful, electrifying glimpse into the life of a young student advocating for the Free Speech Movement and protesting the Vietnam War. It’s a story about truth, loyalty, tradition, and the shortcomings of human perception, an all-too-often occurrence for those who haven’t yet experienced much of life. Hirshberg’s keenly nuanced characters will remain with the reader long after the last page.”—Crystal King, author of The Chef’s Secret and Feast of Sorrow

“Although set in the nineteen sixties, David Hirshberg’s Jacobo’s Rainbow is infused with prescient relevance today.  This hero’s journey shines a light on activism and protest on a college campus as well as the idea of patriotism and serving in the army.  Most profoundly, it depicts a search for identity as young Jacobo Toledano struggles with the blurry distinction between who people are and how they present themselves in public.  I loved this novel for its timeless message: that building a home of one’s own means leaving the safety of childhood and being resilient to the knocks the world hands you, true for an individual as well as a tribe.”—Jeanne McWilliams Blasberg, author of The Nine and Eden

Is It Time To Kill The Poets? Poetry Slam – Or Slammed!?

Why Authors Must Give It Away To Sell Books

How Do Authors Make A Favorable Impression?

Are Literary Agents – Or Authors – Full Of Crap?

Is Social Media A Bust Or Boon For Authors?

Posted by BookMarketingBuzzBlog at 11:14 PM