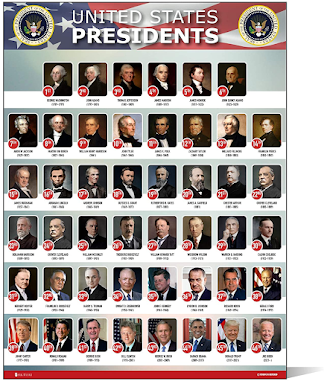 I recently read portions of an interesting book about the history of how American presidents have dealt with the news media over the years. It’s called The Presidents Vs. The Press: The Endless Battle Between the White House and the Media, From the Founding Fathers to Fake News. The author, Harold Holzer, was awarded the National Humanitarian Medal by President George W. Bush, and is the winner of the prestigious Lincoln Prize.

It reveals that Trump, with his “fake news” mantra, was not the first nor would he be the last, president to confront a news media that can make or break the agenda and legacy of the most powerful person in the free world. Some presidents, including Lincoln, Wilson, Adams, and Obama went as far as to yield executive power to overturn press freedoms, and in some cases, even to prosecute journalists.

“In this remarkable new history, acclaimed scholar Harold Holzer examines the dual rise of the American presidency and the media that shaped it. From Washington to Trump, he chronicles the disputes and distrust between these core institutions that define the United States of America revealing that the essence of their confrontation is built into the fabric of the nation.”

What a free, unbiased, and curious news media, there would be no checks and balances on our three branches of government, especially the Executive Branch As it is, the media is in the dark and even when it gets wind of something, it could be too little too late. Who knows what stories never got written due to bad journalism, or worse, political bias, or favor.

Holzer’s book illuminates the turbulent story of the president - press relationship spanning back to George Washington in the late 1700’s. Like a Tom & Jerry cat - mouse chase, both have gone after the other, shaping history as well as reporting it. In an era where a president can’t speak without a filter or any obligation to answer to the media, we have not seen an end by any means to having an independent media scrutinize a president -- and for a president to use the media when it serves him best.

I am concerned that today’s journalist is not as well trained nor as well-resourced as the media was a generation ago, before social media took off and before the internet killed ad revenue to established media outlets, revenue that is needed to find legitimate journalism. Today we have too many opinion-ranters and not enough foot to- pavement journalists looking to uncover truths, discover facts, and learn what all sides to a story have to say. Presidents, no doubt win when a free press is weaker and compromised, but the country always loses when a storing media is not there to expose what’s going on.

Some quotes from our presidents regarding the media:

“I read only the Richmond Enquirer, and in that chiefly the advertisements, for they contain the only truths to be relied on in a newspaper.”

“Newspapers villainously mislead the public through ignorance but more frequently from dishonest design.”

“[T]ake possession by military force, of the printing establishments of the “New York World,” and “The Journal of Commerce,” and hold the same until further order, and prevent any further publication therefrom.”

“There is great anger in our country caused in part by inaccurate, and even fraudulent, reporting of the news. The Fake News Media, the true Enemy of the People, must stop the open & obvious hostility & report the news accurately & fairly.”

“In fact, no American president has ever counted himself fully satisfied with his press coverage. Their belief that they are better than their bad press, and that they bear a nearly sacred obligation to counter or control criticism, has remained fixed since the age of bewigged chief executives and hand-screwed printing presses. Most presidents have believed that unfriendly journalists cover their campaigns and administrations predisposed to assail their policies, misconstrue their motives, misunderstood their sincerity, and injure their reputations. What has changed far more than this basic antipathy is the technology that conveys it. The modern high-speed media has expanded the frequency, the timeliness, and abundance of presidential news–whether the presidents or public like it or not.

“By the same token, just as presidents have always convinced themselves of their own wisdom and virtue. The journalists who cover them have consistently believed by working to uncover the presidents’ errors and transgressions, they protected the country from danger. It is no wonder that administrations have often tried restricting access while journalists have consistently demanded more transparency. Fulfilling its ideal function as sentinel, the press has come to be considered, even in the age of the so-called imperial presidency, almost a fourth branch of government–or, in a term borrowed from the British “the fourth estate”--and like guests who have stayed to long at the manor, never quite as welcome as the other three.”

--Excerpt, Introduction of the Book

“Indeed, how vital is press coverage today–in whatever form it has taken or may take – to the best practices of executive administration and the best interests of the American people? How hard should we– must we– fight to preserve its independence? And in a age of so called news deserts, those large swaths of the country that increasingly lack regional newspapers, what form of media can and should replace them, and with what kind of constraints, if any, when free speech so often borders on hate speech?

“If the past is prologue, history is where the debate out to begin; not just in protest over the demonization of the press or the vilification of the chief executive, but with an understanding of how a free press is truly meant to cover our duly elected leader.”

-- Excerpt, Introduction of the Book

Happy Holidays! A gift for you!

Posted by BookMarketingBuzzBlog at 3:42 PM