FLOATING IN THE NEVERSINK 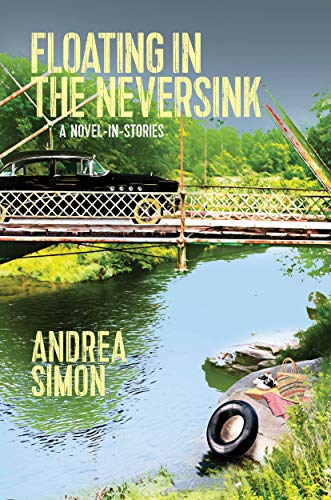 1.      What is your book about? A novel-in-stories, Floating in the Neversink follows a sensitive and impressionable young Jewish girl, Amanda Gerber, through the evocative summer world of New York’s Catskill Mountains, interspersed with Brooklyn’s Flatbush, from 1955-1961, a time of veiled innocence and impending turbulence.

2.      What inspired you to pen it? I spent every summer of my childhood at my grandmother’s house in the Catskill village of Woodridge during the heyday of the Borscht Belt in the 1950s to 1960s. The house was located between two bungalow colonies and within walking distance from several hotels. Contrasting with country life, Brooklyn during those years was also rife with eccentric artifacts and behavioral breakthroughs. The memories of those times have remained with me, not only as a formative time in my family’s history but as a unique era in the Jewish experience.

3.      Why should we read your book vs. the other million new books published each year? Floating in the Neversink is unique in many ways. Its structure as a novel-in-stories makes it very readable and accessible. Its descriptive prose and attention to detail enable the reader to be fully immersed in a fascinating time and place, and to identify with relatable and compelling characters. As a literary work, the book stimulates provocative discussion about memory, family, loyalty, and the role of fiction as a relevant counterpart to cultural norms.

4.      Your book takes us back to Brooklyn, 1950s. Why? This was a significant time in the social fabric of American culture. This is when music and television captured the public’s imagination, when teenagers were caught between the staid role models displayed in shows such as Father Knows Best and the growing unrest of the anti-war generation of the 1960s, and when the youth was challenged by dramatic changes in civil and gender rights. Movies and television have portrayed Brooklyn as the epicenter of teenage rebellion. Brooklyn-born baby boomers long to return to the carefree streets and uncomplicated play of their youth, and younger generations are attracted to a long-ago place that appears to be fun and simple.

5.      Why is historical fiction such a vital means to tell a powerful story? Historical fiction brings authenticity and authority to storytelling. It provides a dramatic through-line from which the author can weave tangential plot devices, and a context to highlight comparative thematic growth in the characters.

6.      Any advice for writers? My advice to writers has been consistent over the years. It’s very basic. And I’m talking about literary writers. Despite the vagaries of the book publishing world, writers should never focus on the bottom line. They should dedicate themselves to their work and mapping out consistent time ― a regular schedule ― for writing.

7.      Where do you see the future of book publishing? In the last several years, I have been very disheartened by the book publishing industry: the focus on marketing and sales, the weakening of editorial standards, the digital revolution’s emphasis on small and ungrammatical bites of communication, the closing of small bookstores, the lack of mentoring and encouraging of literary writers. Lately, though, I have read that consumers are still buying print and e-books as exemplified by Michelle Obama’s memoir, Becoming, breaking all records. There are countless blogs, book clubs, and online platforms that encourage reading and the exchange of opinions. The big challenge to a writer is to keep up with these changes without compromising standards.

Should You Promote Your Book By Yourself?
http://bookmarketingbuzzblog.blogspot.com/2016/10/should-you-promote-your-book-by-yourself.html

Can You Follow The 3-Minute Book Publicity Rule?
https://bookmarketingbuzzblog.blogspot.com/2019/10/the-3-minute-rule-for-book-publicity.html

Is Some of Book Promoting Like Job Hunting?
https://bookmarketingbuzzblog.blogspot.com/2019/10/is-book-promoting-like-job-hunting.html

How Could Authors Maximize Attending A Conference?
https://bookmarketingbuzzblog.blogspot.com/2019/10/how-authors-can-maximize-attending.html


Posted by BookMarketingBuzzBlog at 10:53 AM