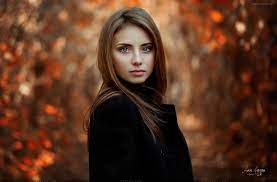 1. What motivated you to write your book, to force you from taking an idea or experience and turning it into this book?

Several years before, I’d first heard the story of Ezekiel’s Wheel, and how he was really describing a flying saucer in the Old Testament. It was also featured in an episode of Ancient Aliens. Around that time, I witnessed a UFO hovering over the Pacific Palisades at night. There were two glowing orange triangular shapes which suddenly took off at laser-fast speeds toward Malibu (probably military, I later found out). A female jogger stopped beside me to watch, and I always thought that would be a unique way to meet someone romantically---through a shared UFO experience. I considered writing a novel based on that premise, but didn't have a story beyond the inciting incident. Years later, while doing dishes in the sink, it came to me when I was no longer thinking about it, which shows the meditative power of water (even soapy dish water). I started writing the novel the next morning.

2. What is it about and who is it for?  In rural Iowa, Kaitlyn Stokes (18) witnesses a UFO over her house the night her father dies of cancer, giving her reason to believe the aliens took him away—as with Ezekiel’s Wheel in the Old Testament. In the Pacific Northwest, Zachary Taylor (18) reports to his high school principal that he was abducted by aliens, his impromptu excuse for skipping classes the day before. When the school secretary overhears him, she tells her teenage daughter and the story goes viral on social media. Seeking answers, Kaitlyn connects with Zachary and they fall in love during their senior year. With graduation just months away, they could soon overcome the distance between them—or so they plan until Kaitlyn discovers their relationship was built on a prankish lie. Brokenhearted, she receives a mysterious signal over her satellite dish. If only her father could make contact, he would let her know that she and Zachary were brought together for reasons impacting the future of our planet. But the message may arrive too late ... as Zachary hurtles toward a lethal force of nature.  The YA romance will appeal to females and teens. However, the sci-fi element offers cross-marketing appeal. Steven Spielberg greatly influenced the writing of this book, and he is obviously mainstream. That said, it's really for everyone.

3. What takeaways might the reader will be left with after reading it? That we can still make a difference to save our future planet, so that the younger generations have a chance for a better world. But we have to work together, and what the planet needs more than anything is love.

4. How did you decide on your book’s title and cover design? The title is a spinoff of Ezekiel's Wheel, only this one belongs to Kaitlyn because she witnessed the UFO that "took her father away." As far as the cover design, I had a crude sketch of Kaitlyn looking up at a UFO. My publisher hired a graphic designer, Christine Van Bree, who came up with the current and much improved design (which I love).

5. What advice or words of wisdom do you have for fellow writers? I think everyone works differently, so find a system and style that works for you, and stick to it.

6. What trends in the book world do you see -- and where do you think the book publishing industry is heading? I truly don't keep up with trends much. Most of the books I read are on the NY Times annual list of 100 Notable Books, or semifinalists for the National Book Award or Pulitzer Prize (that's how I shop for books). Hence, I'm no expert on trends, but I'm amazed by the number of great writers getting published and read. I hope that trend continues.

7. What challenges did you overcome to write this book? I had some days when I didn’t feel like writing, because I let the fear of rejection sour my mood. But I kept going, even on days when I was low energy or having my doubts. To stay motivated, I constantly reminded myself that the goal was to finish the best novel I could write, and not to worry about the reception it would get from agents and publishers. I also had many positive days, with a lot of energetic passion for the story.

8. How would you describe your writing style? Funny, sad, quirky, uplifting, a bit insane, and all the while striving for beauty and unity.

9. If people can buy or read one book this week or month, why should it be yours? Who doesn't enjoy a terrific love story that connects a girl with her deceased father playing matchmaker from outer space?

Author's Bio: Chris Halvorson wrote the screenplay The Boondoggle for producer Joe Roth, the former head of Disney and Fox. He adapted his novel The Santa Suit for Frank Konigsberg Productions, developed TV and film projects for The Meg producer Ken Atchity, and was hired to rewrite the action spy comedy Best Served Cold that was originally in development with Pierce Brosnan's Irish DreamTime. With Home Alone producer Scott Rosenfelt, he produced the TV pilot Earth Mom. He majored in professional writing at the University of North Alabama and graduated from Columbia University with an MFA in film. A native of the Pacific Northwest, he skipped a day of school in fifth grade to attend the Sonics' championship parade. He currently resides in Los Angeles, where he's adapting Kaitlyn's Wheel for a TV series.

How Do Authors Solve Their Problems?

Posted by BookMarketingBuzzBlog at 2:29 PM