Should We Just Get Rid Of All Statues? 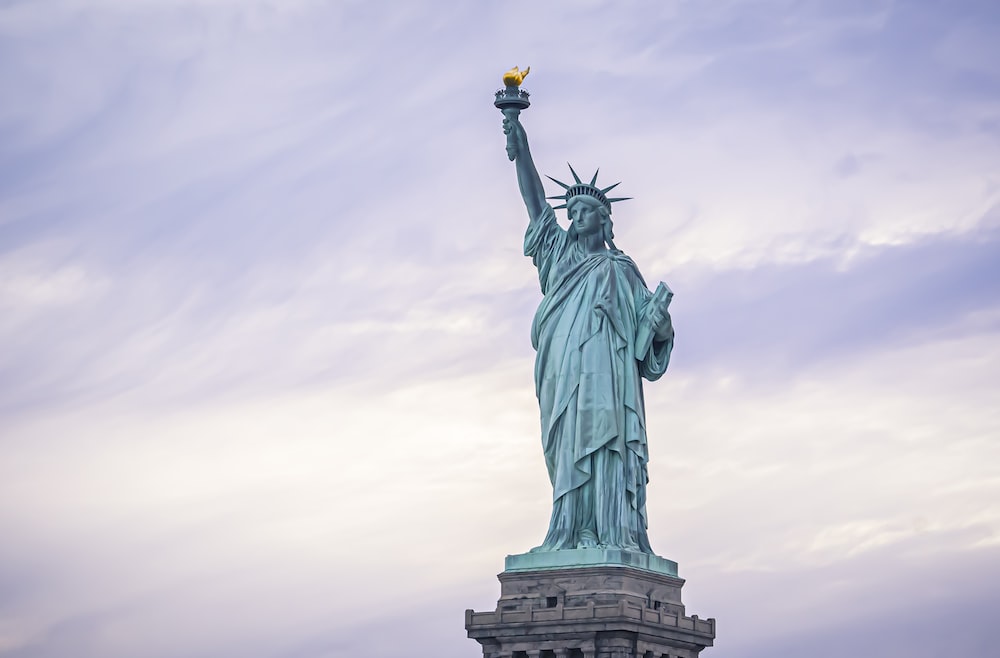 2020 started out with anticipation of it being a special year.  The election of Congress and the White House were on the calendar. So were The Olympics. Little did we know that by the half-way point, it would be a year defined by a pandemic that shutdown the economy and infected millions, as well as the Black Lives Matter movement. The election still looms large but the Olympics are cancelled. The world seems uncertain and confused about its future. Everything seems to be postponed due to corona or cancelled by the growing BLM movement. The future is up in the air.

But the nation also seems uncertain about how to view its past. In the wake of the protests for police reform and better treatment of Black people, the culture wars are being waged against everything and everyone. It seems everything is up for debate, to be questioned and reviewed.

Suddenly, statues are being toppled, buildings and streets renamed, and even some musical acts altered their names. Companies have canceled certain brand products or stopped airing long-time shows or movies that may be too sensitive for today’s times. An NFL football team even got renamed. There’s a revolution in the air.

It makes me wonder: Why do we have statues? Why are streets, buildings, awards, and cities named after people? Is nay of this permanent – or does it all change over time?

Let's start with statues. It seems over the last century or two, statues were erected of people who acted bravely and successfully, who contributed something to society, like fight for freedom or cure disease or lead a nation. Statues, in their day, were erected to support the values of that time and to inspire others to follow in their footsteps.

But now many statues are coming down.

First it was one of Confederate soldiers, which most people agreed were offensive to Black people. How does the statue of General Lee make people feel today? It reminds some that their ancestors fought on the wrong side and lost. It also reminds Black people of slavery. Many question why we would put up statues to honor people who tried to overthrow the nation?

But then activists came for Christopher Columbus. Then Thomas Jefferson, and George Washington. And Teddy Roosevelt. And Abraham Lincoln. Was it getting out of hand or was America finally waking up to what these statues may mean for some?

Americans were raised on the deeds, words, and bravery of people like Washington, so it's not easy to suddenly tear down a legend. Or perhaps the real story was not fully told and put into perspective when we were children about these heroes. Maybe no one really deserves a statue.

As time goes by, values change, so what was praised yesterday is of less importance today, and could even be condemned tomorrow.

Once a statue goes up and time passes, new information is unearthed by researchers, and sometimes, in light of the new facts, that statue doesn't look so good.

Statues, if they honor a human being’s professional accomplishment, what do we say about their personal lives? How do we reconcile personal shortcomings with career success?

One can probably make an argument against any statue, even ones that honor war heroes. Pacifists would say we should put statues of peace lobbyists, not Army generals who killed thousands. A statue that praises Jesus  would get blowback from an atheist or anyone of another religion. A statue their praises Martin Luther King Jr. or John F Kennedy may also be criticized for their philandering ways.

Maybe all of these statues are false idols. They want to embody certain truths, values, sacrifices, and successes that are separate from any one person put on a pedestal. As soon as you chisel a bust of a human, someone's ready to tear it down.

A long time ago I determined that I will separate the personal lives of athletes and their professional accomplishments. If they get arrested for DUI, drug use, domestic disputes, or fighting in a bar, I don't like it, but I also realized that I will leave it to the law determine justice  I just judge them by what they do on this field. Otherwise, I will root for no one. No one is perfect.

Now, that may be the wrong attitude, but it's one that I can live with. But I also won't say a star athlete or celebrity deserves preferential treatment or that they should ascend to political office just because they can score a touchdown or hit a home run. To hold office, we have higher standards.

My gut tells me we should not rush to tear everything down, but I also recognize the folly of having statues in the first place. They are not as permanent as they seem. They are fragile and can be replaced. If enough people lose faith in the monuments that are supposed to inspire all of us, it might be time for these statues to go. But what replaces them will have a bull's-eye on it, a moving target by one disenfranchised group or another. It's hard to please all of the people all the time. Other than the Statue of Liberty, no statues are safe

It may challenge us to believe a statue of someone as accomplished is Thomas Jefferson has to come down. He was a Founding Father, the author of the Declaration of Independence, the founder of the Library of Congress, and a Revolutionary Patriot. But he was a slave holder who fathered six children with a slave while he was married. Should history not champion his accomplishments above his shortcomings? Of course it should. Should  text books not acknowledge his personal life? Of course they should. But do we need to keep his statue around some people see him as inspiring and great while others see him as a racist and criminal by today's standards?

This look back on history will never end. As we filter everything through the narrow lens of each group, we will find fault in what we erected monuments to. Women, those with a disability, Indigenous Americans, Asians, Hispanics, and other groups could each find criticism with anyone from the past. And eventually white males will find fault with the things being erected today.

We are in need of a cleansing and correction of the past, but where do we begin or end?  Will we ever be done?

How Do Authors Find What Works In Book Marketing?

Simplifying Book Marketing So That Anyone Can Do It

How Should Authors Promote Books During A Plague?

10 Tips For Pitching Books To The Media Now

Are You Really Ready To Write, Publish & Market Your book?

Brian Feinblum’s insightful views, provocative opinions, and interesting ideas expressed in this terrific blog are his alone and not that of his employer or anyone else. You can – and should -- follow him on Twitter @theprexpert and email him at brianfeinblum@gmail.com. He feels much more important when discussed in the third-person. This is copyrighted by BookMarketingBuzzBlog ©2020. Born and raised in Brooklyn, he now resides in Westchester. His writings are often featured in The Writer and IBPA’s Independent.  This was named one of the best book marketing blogs by Book Baby http://blog.bookbaby.com/2013/09/the-best-book-marketing-blogs and recognized by Feedspot in 2018 as one of the top book marketing blogs. Also named by WinningWriters.com as a "best resource.” He recently hosted a panel on book publicity for Book Expo.


Posted by BookMarketingBuzzBlog at 11:50 AM