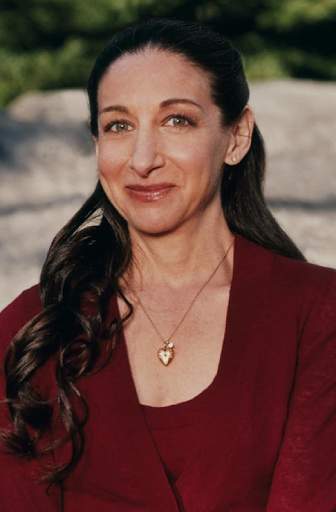 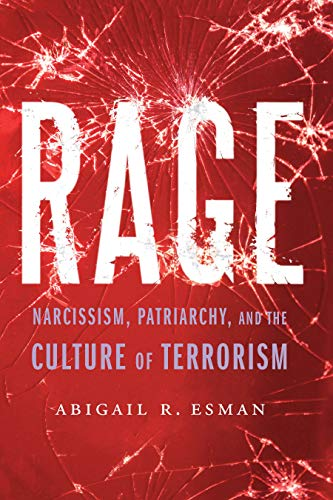 What causes someone to be a terrorist, member of a street gang, White Supremacist, or a mass shooter? Why are hate crimes at the highest and deadliest levels in a decade?

Most people cannot fathom the motivation or mindset of such a violent individual, but a journalist specializing in the study of terrorism and radicalization has authored the definitive, breakthrough book that exposes how narcissism, patriarchy, and what she calls “a culture of terrorism” lead to violence, mayhem, and death on a large scale.

“There is a direct link between domestic abuse and psychological terror in the home and what we see play out on our streets and across the globe when it comes to terrorists, gangs, racists, and mass shooters,” declares award-winning essayist Abigail R. Esman, the author of Rage (Potomac Books, 264 pages, cloth, $29.95, ISBN: 13-978-1-64012-231-4).

Here is an interview with the author, whom I am working with to promote her important message:

You said the events of 9/11 inspired you to write Rage: Narcissism, Patriarchy, and the Culture of Terrorism. How so? After 9/11, I found myself walking through a New York that was shattered, frightened, and unsure. I had just left an abusive, dangerous man, and I noticed that everyone around me seemed to be feeling the same fear and hyper-vigilance that I had lived during that relationship: not wanting to be too near other people, always on alert. If a truck backfired on the street, for instance, we all froze in fear.  No one really knew why we’d been attacked, or when the next would come– the way victims of abuse also do not know, and so struggle between vulnerability and hope.  This was when I first began to see the connections between terrorism (or public violence) and domestic abuse.

Do you also talk about other connections in the book, though, that go beyond just New York City -- and are more universal?   Right – including policy issues, for instance – like the debate between security and surveillance right after 9/11, whether we should sacrifice our right to privacy in the interest of safety. If I had known the truth about my abuser’s past, would it have have spared me my own pain. my life of fear? Or, for instance, after the attacks, we kept asking what America had done to “deserve” this. This is also what abuse victims do. So, it all came together; and then over the years, with more research and more understanding of violence and terrorism, I began to recognize the role of things like narcissism and honor and hyper-masculinity and how they weave into violent rage.

What exactly is ‘hyper-masculinity?”  Hyper-masculine men embrace what we think of as clichés of masculinity: the muscle-bound, brave superhero who is stronger, bigger, better, more powerful than other men.  It’s a stereotype, a character from fairy tales and Medieval myths, that heroizes the warrior, the masked, mysterious man who comes and saves the village before riding off into the sunset, perhaps with the beautiful maiden he rescued from her distress.  Hyper-masculine men tend to live inside their own private honor cultures, which could be a gang, a terror cell, a white supremacist group, an so on. They and they alone, in their view, can save the honor and even continued existence of their tribe, their people, their world.

You just mentioned an honor culture, and you talk about honor societies in your book, but you don’t mean a group of smart school kids, do you? Can you explain what that is?  An honor culture is one where personal value is defined in terms of honor or shame, where one’s honor is the essential center of one’s identity and place in the world. In honor cultures, to save face, to save one’s honor, is paramount, even if it means being dishonest or declining to do what otherwise might be considered fair or just.  Accordingly, the experience of shame or being shamed is not taken lightly: it is felt as a profound, humiliating attack that can only be rectified through revenge, usually violent.  What I also discovered writing Rage is that narcissists are also basically driven by the same impulses and values as entire honor cultures – which is also why honor cultures tend to breed pathological narcissism.

Is America an honor culture? Usually people think of Arab culture as a typical honor culture, but it isn’t just Arab culture. Traditional Latin culture is sometimes called an honor culture; and yes, there are honor cultures in the US, particularly in the Confederate states. One thing I talk about in Rage is the ways that terrorist groups, white supremacist groups, and gangs are also honor cultures, microcosms of the honor-based societies from which they’re born.  And. of course, that connects to their hyper-masculinity. Which is another interesting thing about honor cultures: they tend all to be macho, patriarchal, and misogynistic.  They also often have high rates of domestic violence and be more inclined to use violence to resolve disputes -- a way of restoring honor through strength (hyper-masculinity), power, and control. So, it all ties together.

You reference the “Hillary Doctrine” which argues that global peace and social equality are directly linked to the rights and freedom of women. How so? This is something we see play out in all levels of society, including in our own. Countries governed by sharia law, for instance, dehumanize and oppress women, punishing them violently when they fail to follow the orders of their fathers or husbands. Those same societies also demand barbarically violent penalties for transgressing social and religious norms, including legitimizing violence against those who offend the honor of their religion – be it an individual or an entire country. Likewise, in America, states with more restrictive abortion laws, for instance, also have higher rates of domestic violence as well as higher rates of violent crime, especially shootings. Essentially, there is less warfare, less militancy, less violence, in countries and communities where women are treated with greater equality and have a stronger voice.

How did the presidency of Donald Trump impact the grooming and legitimizing of violent groups, such as white supremacists? By and large, Trump told these people they were right. He represented an America defined by hierarchy, by the power of strong white men over minorities and women – something he affirmed through legislation, through practices like the abuse of asylum seekers and their children, and through his words. Because he, too, equates manhood with strength and power, he often glorified violence against people he disagreed with, like offering to pay his fans’ legal fees if they beat up protesters at his rallies.  And then there were the remarks about “fine people on both sides” after Charlottesville, or his fervent support of Sheriff Joe Arpaio, who has (among other things) been accused of violating the Constitutional rights of minorities and of cruelty to undocumented immigrants.   Such things send a very clear message.

Will things automatically change under President-Elect Joe Biden? It would be nice, but no, of course not. President-Elect Biden has an enormous task ahead of him, not just in reuniting the country, but in lowering the temperature, easing the fury, gentling the hate. These aren’t changes that come automatically. They may even get worse before they get better. But if there is one thing America and Americans desperately need right now, it is empathy – feeling it for one another, but also feeling it from one another. Biden is a calming force; but above all, he is a model of empathy. He’s the perfect man to lead us out of this era of cruelty and distrust and violence, and into a better, kinder future.

About Abigail R. Esman: She is also the author of Radical State: How Jihad Is Winning Over Democracy in the West. An award-winning journalist and essayist, she has contributed to Foreign Policy, Forbes, Salon.com, the New Republic, Politico, the Wall Street Journal, the Washington Post, the New York Times, World Policy Review, and other venues. She is a regular contributor to the Investigative Project on Terrorism and has spoken widely on the subject, including appearances on WNYC’s Brian Lehrer Show, BBC News, and CNN. For more information, please consult: http://abigailesman.com.

How Do We Break The Red-Blue Book Bubble?


Posted by BookMarketingBuzzBlog at 9:58 PM