Author Speaks Out For Wildlife On Earth Day #50 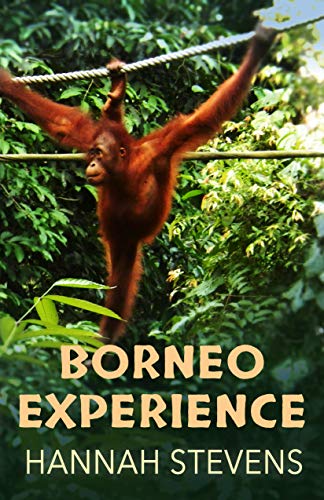 2020 marks the 50th anniversary of Earth Day, which reminds us that we are the stewards of nature and the planet’s wildlife. A new book, Borneo Experience, dramatizes the complex and life-threatening problem of deforestation, the damage of factory farming, and the poaching and trafficking of millions of animals.

“The wildlife on our planet is under siege and we are in another phase of mass extinction,” says author Hannah Stevens.

Here is an interview with Hannah, who is a client of the book PR firm that I work for:

1.      What inspired you to pen Borneo Experience, a novel that exposes the horror of animal trafficking and environmental destruction? When I visited the Sepilok Orangutan Rehabilitation Center, Sabah Borneo Malaysia and saw the young orangutans. I did some research and learned about how they came to be there, being ripped away from their mothers, when the ancient rain forests were being cut down to plant palm oil trees. There is an organized cartel in Southeast Asia making millions of dollars from the trafficking of these animals.

2.      What’s your book, Borneo Experience, about? It’s about the trafficking of baby animals, many different species, but it is also about the indigenous people living there and how they have had to transition from hunter gatherers, living off the forest to integrating into more modern society. I talk about the history of these people and lifestyle of living in the forest in communal long houses.

3.      On the 50th anniversary of Earth Day, what can you site as the biggest issues confronting our planet as it relates to things like deforestation, factory fishing, and pet trafficking? I keep saying in all of my books that the real threat is our population worldwide growing to an unsustainable level, and it is humans that are the cause of the loss of habitat, with many species in decline and near extinction across the planet. In Africa, the elephants are being pushed into smaller areas, their ancient trails being taken over by farmers.

4.      You visited places like Borneo, The Arctic Circle, Botswana, and Morocco. What did you witness there? It is somewhat different in each of these areas. The Arctic Circle, the main problem is the earth warming, with ice melting. Polar bears hunt for seals off the ice and they are starving. We saw some of those animals, it was really sad. Botswana, paradise for wildlife, with the Okavango delta providing habitat that is protected by the government. There are more animals in Botswana than people, I love it. Morocco is a mixed bag. I saw very little wildlife there, the forests are all but gone and the trees that are left are being cut for charcoal and used in the brick ovens for building houses. But Morocco, a constitutional monarchy is also a progressive country. They are going solar all over the country, and they have totally banned plastic bags.

5.      What else can be done to protect our critically endangered wildlife? Protest governments that allow these animal products coming into their countries. In fact the United States just recently relaxed laws that prohibited animal products coming into the country. Go to the CDC website “Persons who plan to bring wild animal products such as hunting trophies, bushmeat, or other products into the United States must meet the following regulations and rules.” Don’t support circuses that use wild animals in their shows.

6.      Is our planet headed for another mass extinction? Unfortunately yes. The elephant population has declined drastically in the last 100 years - From 1930-1940 there were 3 to 5 million African elephants roaming the continent. Now in Western Africa elephant populations are counted in the tens or hundreds. And this is true of other species as well. When these animals are gone they are gone; we can’t bring them back, Like the Moa of New Zealand and the dodo bird of Mauritius both hunted to extinction.

7.      Is Covid-19 and other deadly viruses a direct result of habitat loss in Asia and Africa, where they eat bush meat and wild meat in Asia and Africa? No, it’s not a result of habitat loss. But people eat the wild animals and that is where these diseases come from.  It called bush meat in Africa. In Botswana it is illegal to sell it at the markets but in Asia the wet markets are pretty prevalent where they sell this wild meat and live animals for human consumption.

8.      What can ordinary people do to help? Check the labels of the foods you buy. It is surprising how many foods have palm oil in them. Don’t buy cosmetics that use animals for testing. Never, ever buy anything made of ivory.

9.      A lot of media is discussing Tiger King, the hit Netflix docuseries about Joe Exotic, a
big cat zoo owner. How would you like that discussion shaped? You know, I have not watched this program. But this brings up the topic of wild animals held in captivity and I have mixed feelings about this. On the one hand, zoos that are well maintained can provide a teaching tool for everyone especially children. However these animals in captivity cannot live a natural life, have the habitat to roam at will, procreate naturally, hunt and do all of the things that wild animals do. They lead a very restrictive life. How would you like live out your entire in a cage or even on a limited numbers of acres?

How Do Authors Promote Books When The Media Is Corona-Centric?
https://bookmarketingbuzzblog.blogspot.com/2020/03/how-do-authors-promote-books-when-media.html

Advice to Authors From A Book Promoter of 30 Years
https://bookmarketingbuzzblog.blogspot.com/2020/03/advice-to-authors-from-book-promoter-of.html

How Are Authors Selling Books Through A Pandemic?
https://bookmarketingbuzzblog.blogspot.com/2020/03/how-are-authors-selling-books-in.html

What Types of Books Can Get Media Coverage Now?
https://bookmarketingbuzzblog.blogspot.com/2020/03/what-types-of-books-get-media-coverage.html

What Should You Do to Market Your Book?
https://bookmarketingbuzzblog.blogspot.com/2020/02/what-should-you-do-to-market-your-book.html

Brian Feinblum’s insightful views, provocative opinions, and interesting ideas expressed in this terrific blog are his alone and not that of his employer or anyone else. You can – and should -- follow him on Twitter @theprexpert and email him at brianfeinblum@gmail.com. He feels much more important when discussed in the third-person. This is copyrighted by BookMarketingBuzzBlog ©2020. Born and raised in Brooklyn, he now resides in Westchester. His writings are often featured in The Writer and IBPA’s Independent.  This was named one of the best book marketing blogs by Book Baby http://blog.bookbaby.com/2013/09/the-best-book-marketing-blogs and recognized by Feedspot in 2018 as one of the top book marketing blogs. Also named by WinningWriters.com as a "best resource.” He recently hosted a panel on book publicity for Book Expo America.


Posted by BookMarketingBuzzBlog at 2:37 PM